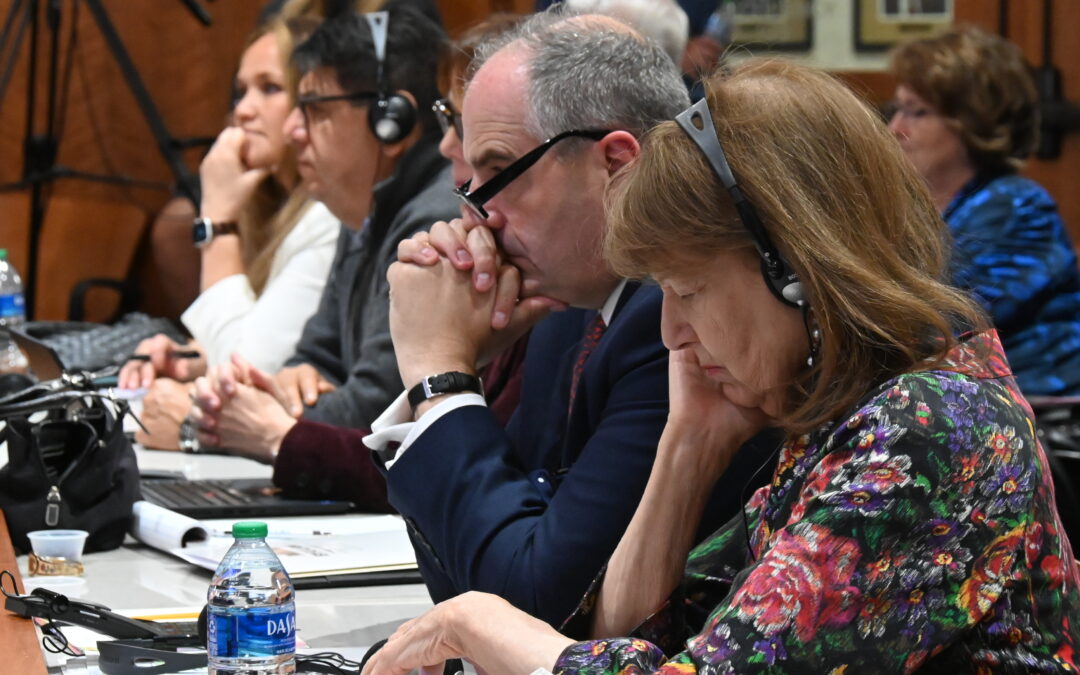 Peace is a situation in which things can be planted and nurtured, in which foundations can be established, and the future looked to with hope and from a perspective of reasonable and sustainable security,” said Baroness Nicholson of Winterbourne during her presentation at the 29th Annual International Law and Religion Symposium held Oct. 2-4. 2022 at BYU campus, Provo, Utah.

Addressing the symposium’s theme, “Religion’s Roles in Peacebuilding,” Baroness Nicholson—AMAR’s founder and chair—spoke to a large gathering that represented nations and religions from across the globe. 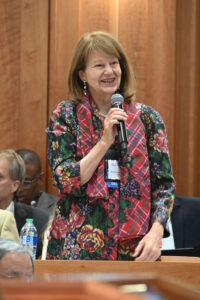 Offering “Reflections” on the topic, the baroness began, “I am speaking today as someone who has identified as a Christian for the whole of my life…. I also find that my reflections are rooted in the Hebrew Bible, in Judaism, and by extension—from the time of Abraham onwards—connected with the foundations of Islam. I hope therefore that my own Christian perspective will strike a chord with the two other great Abrahamic faiths, and with our Jewish and Muslim brothers and sisters.

Sharing her belief that we are all called to pursue peace, Baroness Nicholson said, “[W]e do not have a choice about whether we pursue to make peace or not. We must do so. Always and immediately and simply.” She asked the audience, “How might we start to make peace in our world,” then offered the answer that we first need to understand what gives us peace as individuals. “To find peace is to find stability and strength,” she noted.

The baroness urged the audience to begin peace building now.  “Key to the endeavor of peace-making is to not delay. We cannot wait…until the so-called ‘climate’ feels right in order then for us suddenly to recognize and enact ‘civilized culture.’  Culture is happening all the time—right now as I speak, in the Ukraine and in Russia.”  She added, “Peace isn’t primarily a moral choice; it is, in fact, part of our identity.” Regarding her decades of work through the AMAR foundation, Baroness Nicholson stated, “As well as being able to provide emergency aid and health care, AMAR’s peace-making relies on us being able to know what gives those who need us strength, and then being able to take that to them.”  As an example, she referred to AMAR’s work to preserve the faith of the Yazidi people which rests in their sung prayers.  She added, “I do not see culture as some sort of optional, moral choice, available only when there is money enough to purchase it. Rather, peace is a product of our humanity, and our many expressions of culture are products of our peace, our quest for peace, our making peace.”

The International Center for Law and Religious Studies is described as a “global academic leader in the field of international religious freedom.” Among many methods employed to support its mission to secure the blessings of freedom and religion and belief for all people, the center creates annual symposiums to bring world leaders together for discussion, discourse, and decision making.