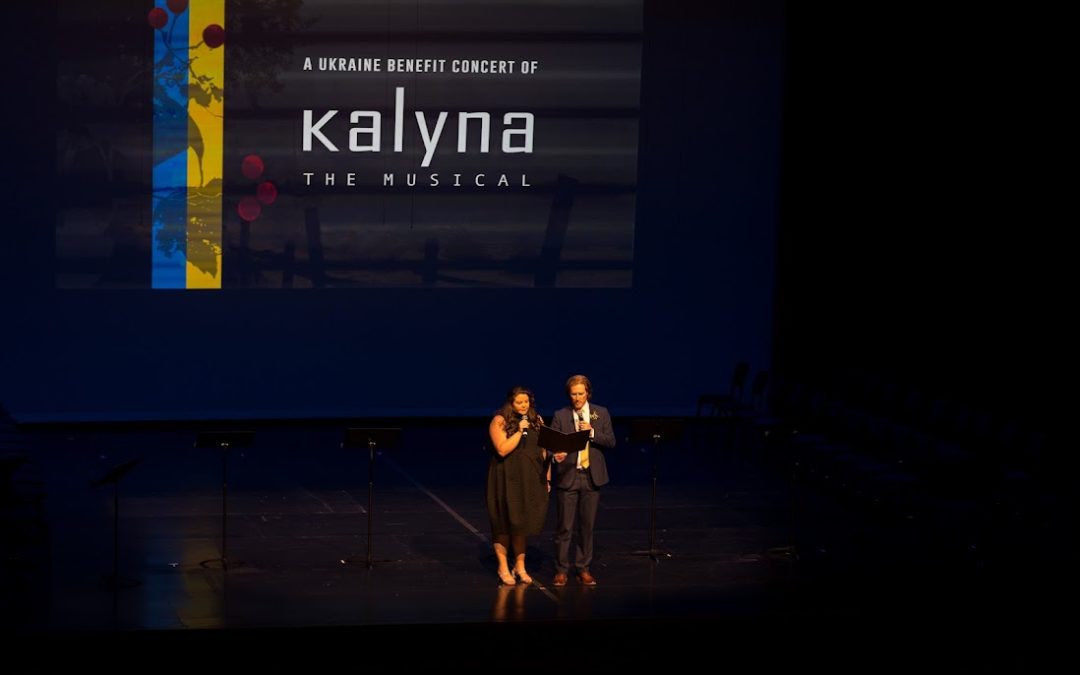 Emotions ran the range at the Ukraine benefit concert of “Kalyna, The Musical” sponsored by US Friends of AMAR on Saturday, April 23 at the Eccles Theatre in Salt Lake City.  The nearly 1,000 attendees who viewed the powerfully rendered musical “Kalyna” experienced the euphoria of stirring music, dance, and drama; the enjoyment of viewing or purchasing one of more than 60 donated art pieces at the silent art auction; and the somber realization that Ukraine’s present-day invasion is a repeat of that country’s diverse history.

The musical was a sobering readers’ theatre production interspersed with solos, instrumental and choir numbers, and dance. It led the audience through Ukraine’s last century from the 1920s formation of collective farms under USSR through multiple events along their timeline including the harrowing, deathly destructions of the Holodomor and the Holocaust to the early 1990s when Ukraine became globally recognized as an independent state.  The musical concluded with compelling, present-day coverage of the deadly invasion of Ukraine by Russia. 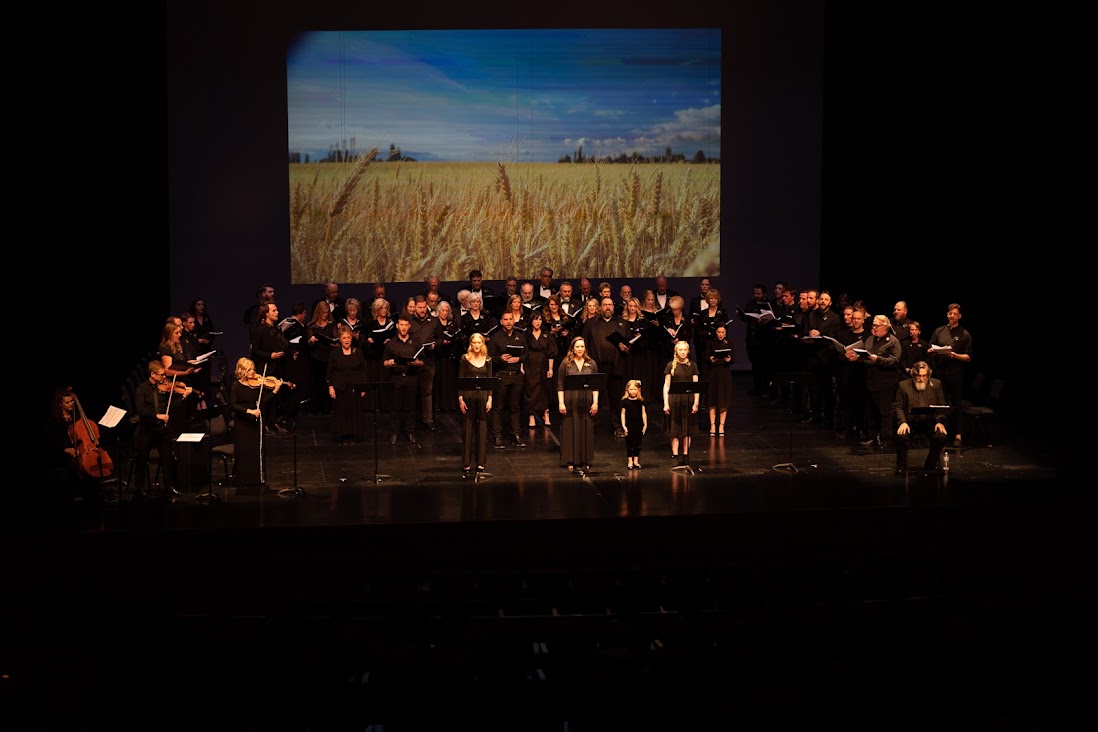 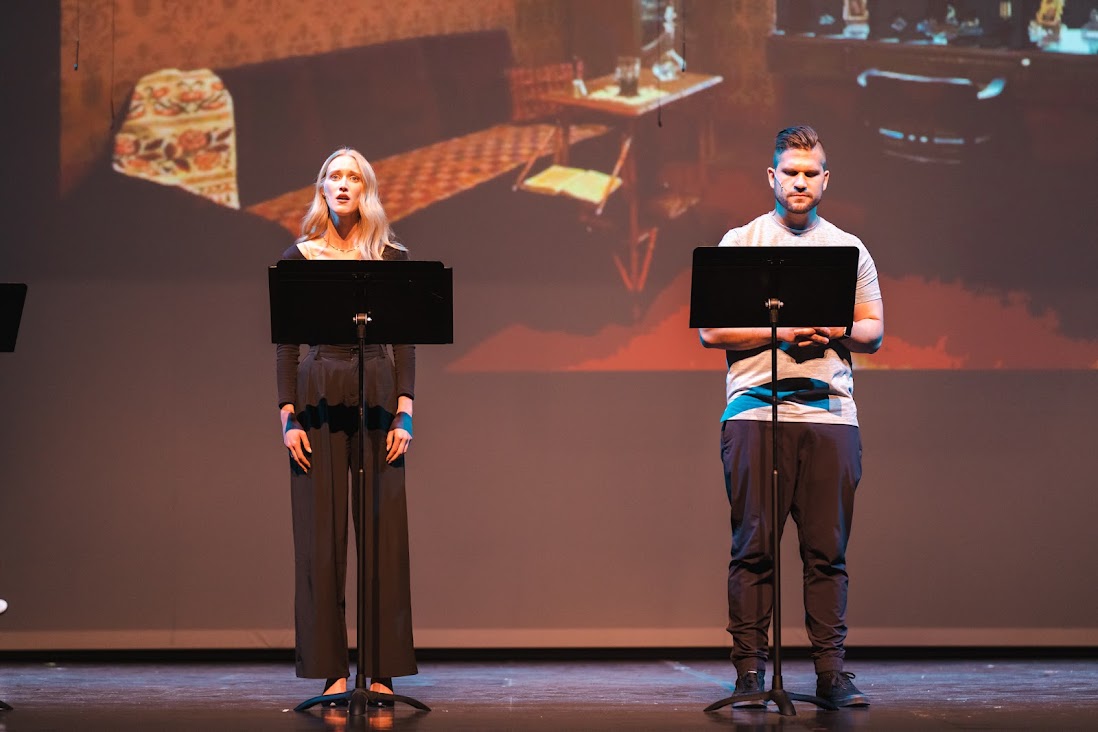 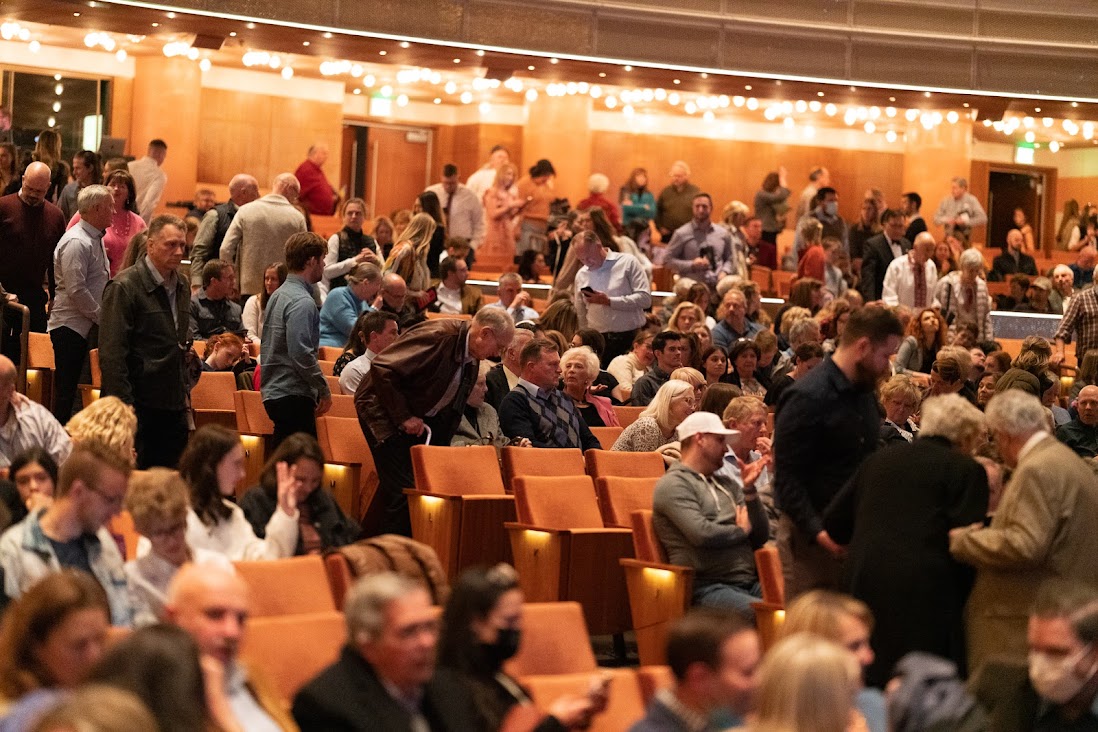 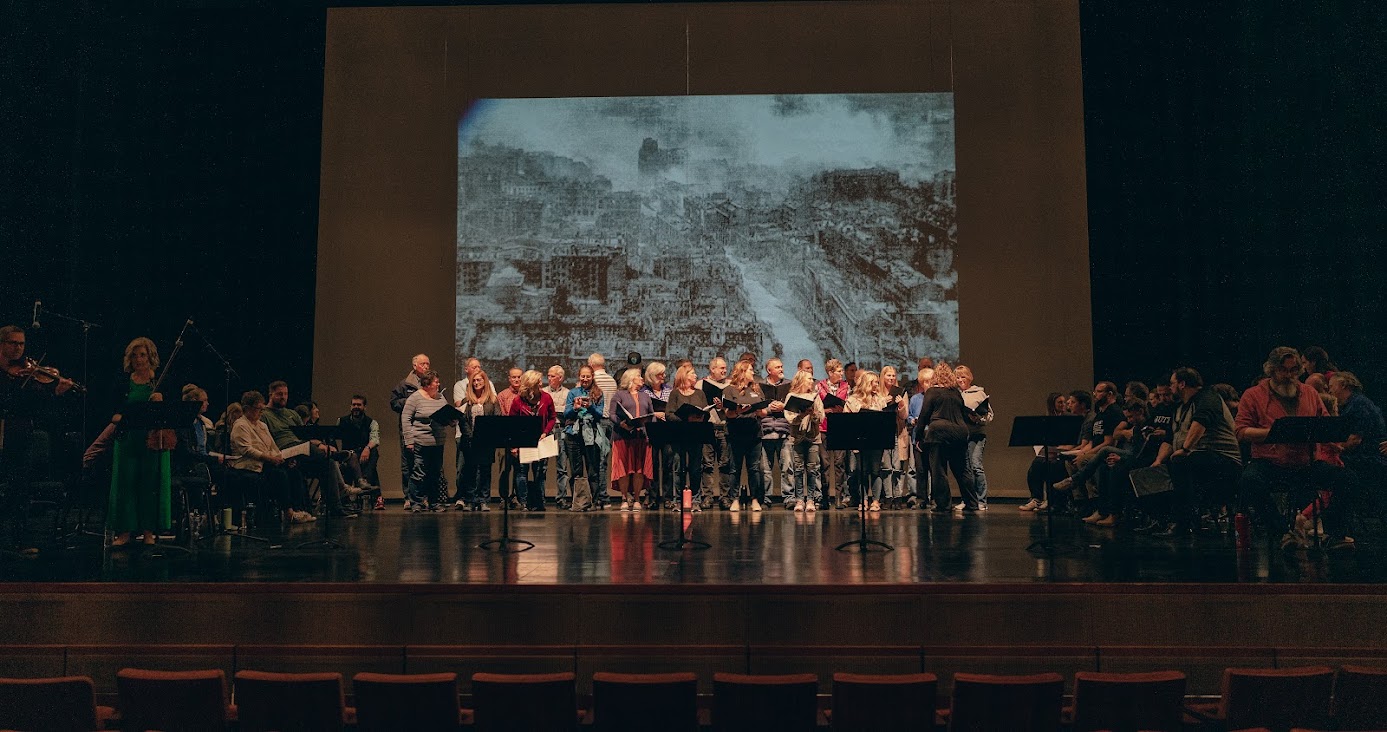 In a stunning display of generous support, every performer, artist, musician, and the two creative persons who wrote and produced Kalyna—Carissa Klitgaard and Ben Lowell—donated their talents to the production.  Nearly 100 artists—actors, soloists, choirs, and dancers—spent hours preparing for the evening’s show.  Their efforts were met with cheers and standing ovations, and attendees wondering what more they could do for the devastated families of Ukraine.  Many responded with donations to the evening’s cause.  More than $100,000 was raised, with more than $8,000 in the art auction alone. 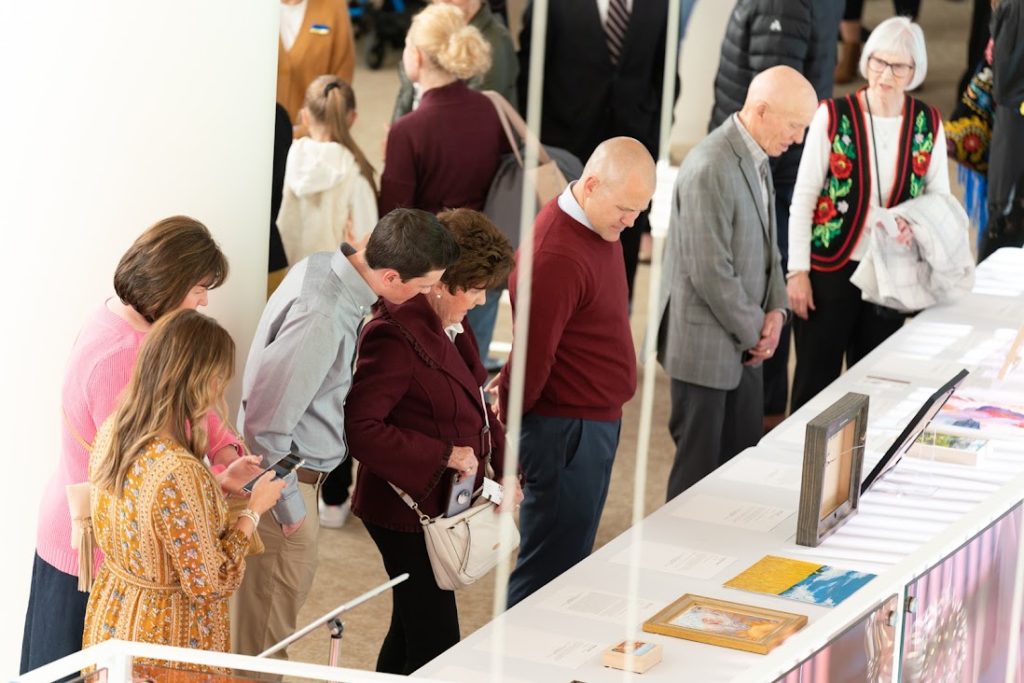 “We were humbled by people’s generosity, and their great attendance,” Klitgaard said, adding, “When Ukrainian attendees feel it’s a worthy tribute to them and their history, there’s not much more we could hope for.”

Lowell said, “We wanted people to connect with Ukraine not only as a nation suffering, but as a nation with a vibrant culture. We wanted to educate people on Ukraine’s history and how relevant it is to the invasion and events of today. They deserve to have their story told.”

Lowell added, “Many Ukrainians told me their voices were heard, and that we represented their history in an accurate way.  They were tearing up, joyful, and emotional. Other non-Ukrainian people said they didn’t know all the things Ukraine had been through, and this musical helped them understand and connect deeper with them.  The closer we bring people to the suffering in an emotional way, the more likely they are to connect and want to be involved. We raised money, which was a goal, but we also educated people about Ukraine, and why we need to continue moving forward to help and support her people.” 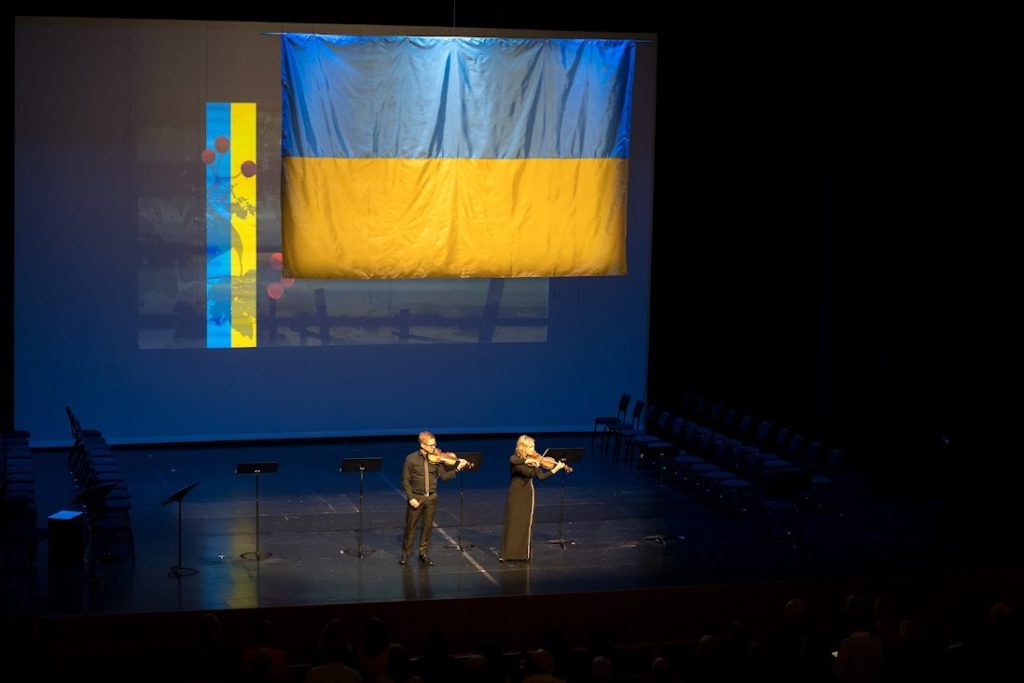 “US Friends of AMAR was grateful to sponsor this highly successful event,” president Stan Parrish said.  He added, “It’s an honor to serve with Baroness Nicholson [AMAR ICF founder and chair] and the dedicated volunteers on our Board to help relieve the pain and suffering of these vulnerable people.” Noting attendees’ enthusiasm, Parrish said, “I thank each person who supported this cause to bring comfort to the millions who have suffered physically and emotionally, and who have lost loved ones and family.”

If you missed the event but want to donate to the Ukrainian cause, click HERE