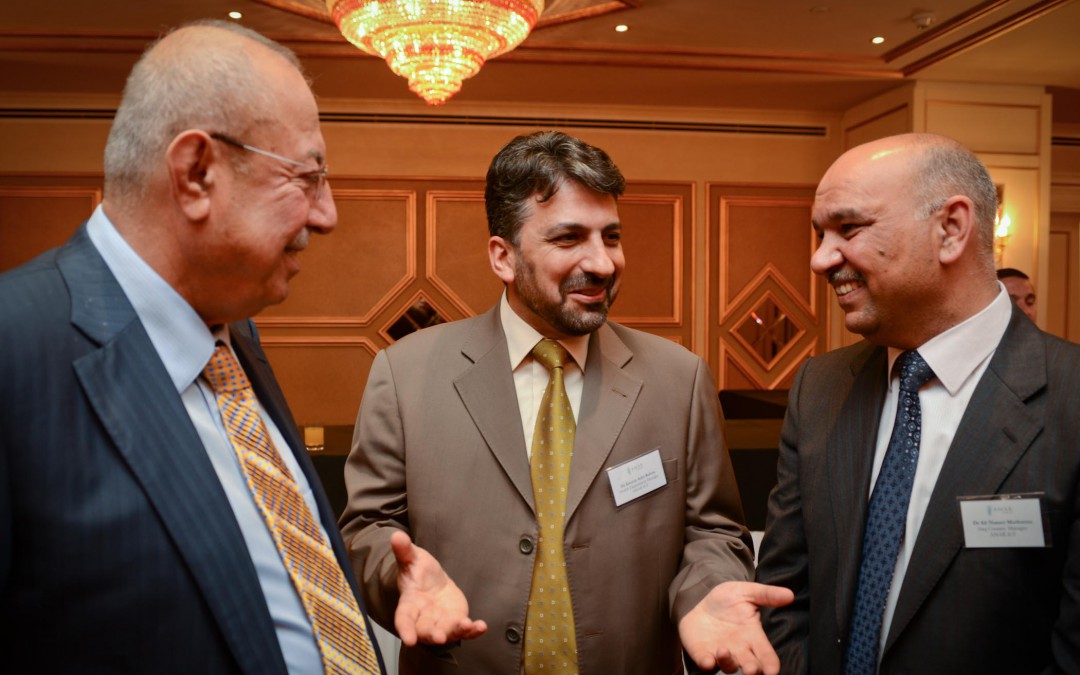 AMAR’s inaugural Erbil dinner was held at the City’s Divan Hotel in March 2014. The event was sponsored by the Khudairi Group – described as a “fantastic global enterprise” by Baroness Nicholson – and Numerus Group, which includes companies such as TNI, Al Awsat, Al Gharraf Oil Services, and FedEx. The Deputy Prime Minister of Iraq, H.E. Dr Rowsch Shaways, spoke about how Iraq needed organisations such as AMAR in order to become prosperous, but that they also required participation from other organisations and people outside the country.  Baroness Nicholson reminded the audience that, through AMAR, 700,000 Iraqis are seen each year by a doctor, and 100,000 vaccinations are provided.  She also talked about how AMAR had developed programmes to decrease gender based violence, and how the Foundation is leading the battle for sustainable development.

Other guests at the event included Hadi Nezir, the President of UB Holding and his wife Cihan, an AMAR committee member; Peter Hunt, the Director of HWH Associates; Frances Guy, the United Nations’ Representative for Women in Iraq, and AMAR’s Iraq Country Director, Dr Ali Muthanna.