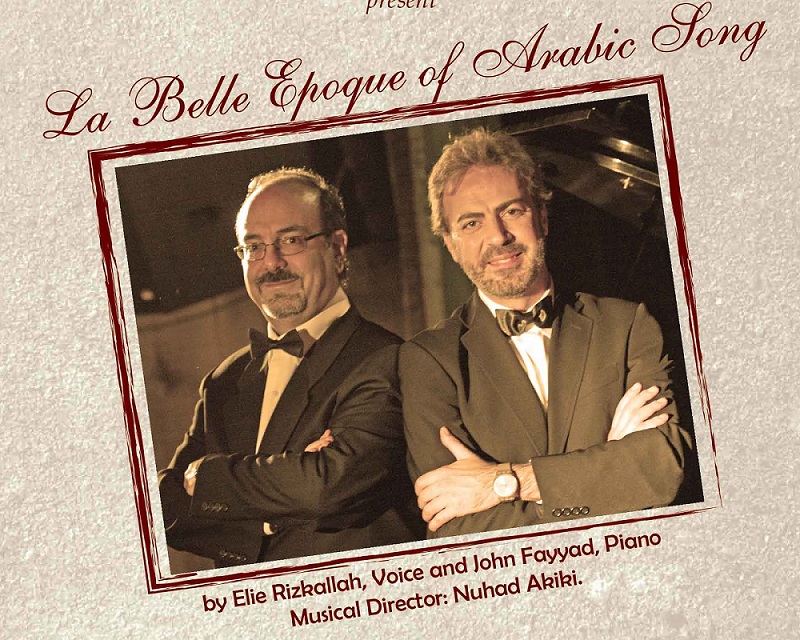 AMAR Lebanon’s fundraising concert, ‘La Belle Époque of Arabic Song’, took place on Wednesday April 29th, 2015 at the Abou Khater Theatre in Beirut. An audience of 450 people all thoroughly enjoyed and were extremely moved by the music, which featured a range of beautiful songs by legends of Arabic music such as Mohammed Abdel Wahab, Abdel Halim Hafez, Najat, Fayrouz, Sabah, and Zaki Nassif, all played by Elie Rizkallah (vocals), John Fayyad (piano) and a host of other musicians, with musical director Nuhad Akiki.

The concert was a joint event with IDRAAC, and AMAR’s Lebanon Fundraising Committee raised over $12,000 for AMAR’s Drug Awareness Campaign website, which will be launching soon.