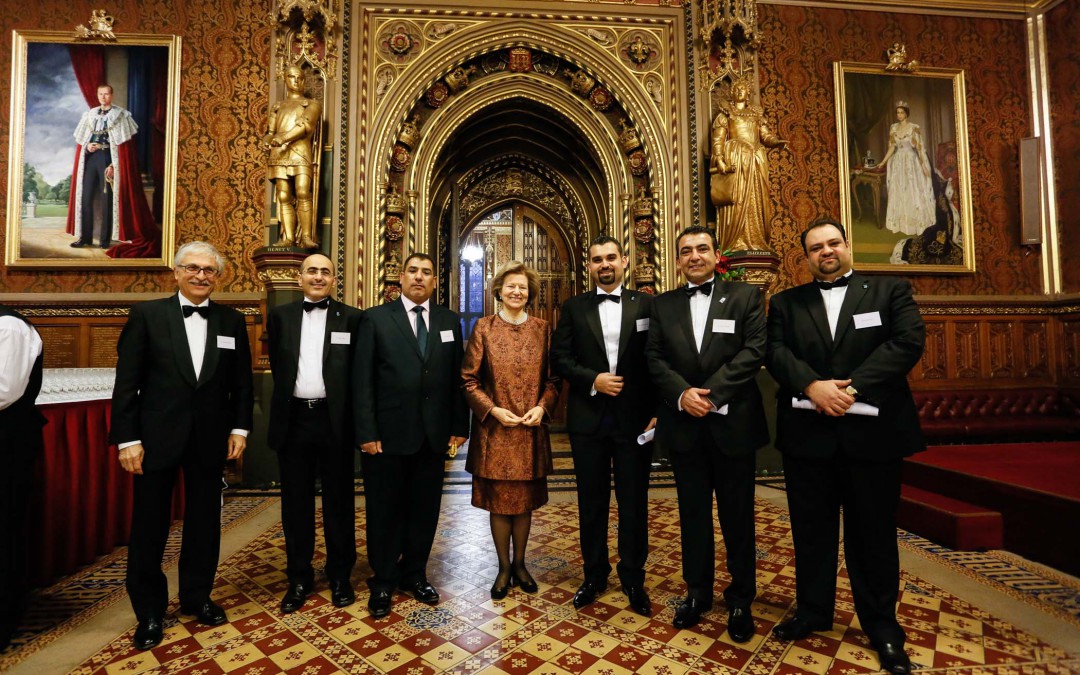 AMAR’s patron, His Royal Highness The Prince of Wales, attended the twenty-first anniversary celebration at The Royal Gallery in The House of Lords which raised over $200,000 to support AMAR’s work.

Over 250 guests attended, including Iraq’s Deputy Prime Minister, Dr Rowsch Shaways, UNESCO Director-General Irina Bokova, senior diplomats such as Britain’s Ambassador to Iraq, HE Simon Collis, and senior media figures including the late Sir David Frost.  A number of AMAR’s key Iraqi staff made the long journey to London to attend the event.

During the evening, Baroness Nicholson signed a memorandum of understanding on behalf of AMAR, and a new pact with UNESCO was established.  During the reception, His Royal Highness said he was “enormously proud” to be AMAR’s patron. He added: “This organisation has made such a huge difference to people’s lives.”

The then Trade and Investment Minister, Lord Green, praised AMAR’s unique model during his after-dinner speech.