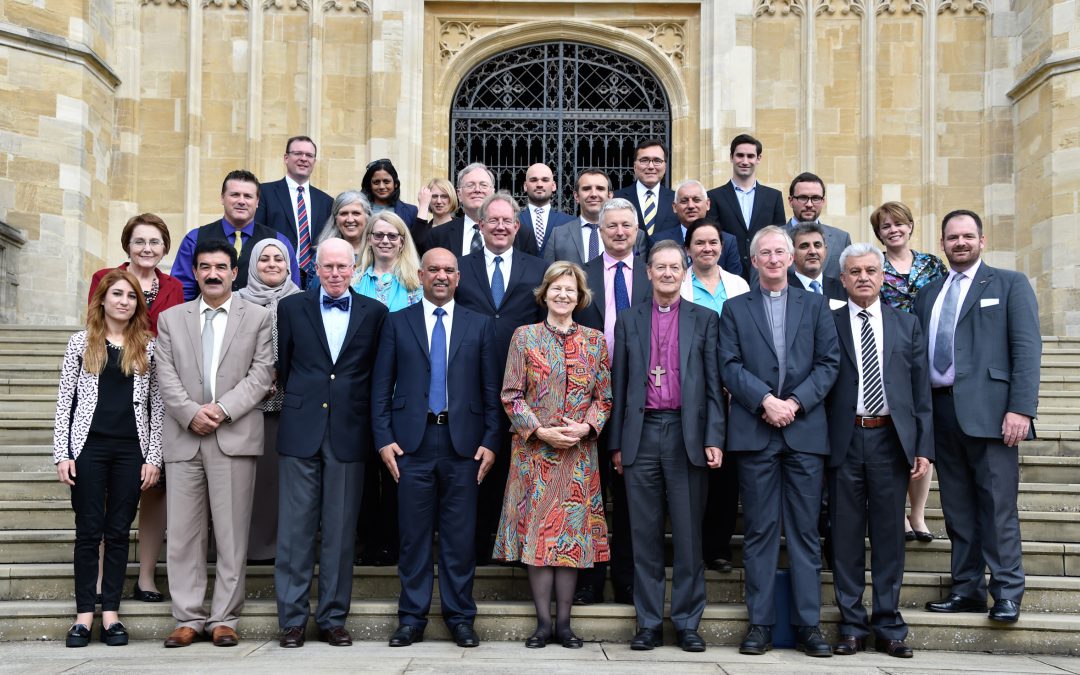 The findings and recommendations from AMAR’s high-level conference at Windsor Castle last autumn were debated at an All Party Parliamentary Group on Foreign Affairs’ meeting in the House of Lords this week.

The Windsor Castle event was organised to investigate why religious persecution had become the driver for forced migration.

As our Chairman, Baroness Nicholson explains: “The entire world has been shocked and disgusted by the barbaric cruelty waged against the Yazidis, but what we sought to do in Windsor was to find the underlying causes of such behaviour and to propose ways forward for when the conflicts are diminished and eventually over, as assuredly they will be.”

She added: “The aim was nothing less than to produce a new kind of Marshall Plan, for the Yazidis in particular and the Middle East region generally. I am not aware of any other conference in Europe that has done this to the same extent.”

“The presence of the Prince of the Yazidis, the spiritual head of the 800,000-strong world community, strengthened my resolve and ensured that everyone there was well informed about his people.”

At this week’s APPG meeting, several of the leading religious figures and academics who attended the Windsor Conference, including long-standing AMAR Board member, the Oxford Professor, Theodore Zeldin, and the joint organiser of the event, Canon Dr Edmund Newell, the Principal of Cumberland Lodge, were present to talk about their findings.

Their recommendations included demands for long-overdue recognition by all faiths and each nation of the Yazidi religion.

They agreed that there must be a push for more interfaith dialogue. All must work to gain support for Yazidis as a global beneficent faith by involving them within major interfaith networks promoting interaction and understanding between all sects, parties and groups, looking beyond mutual tolerance to long-term friendship.

They called on United Nations, governments and parliaments to address the gap between the rhetoric of international aid and its reality whereby the torrent of financial contributions from generous populations are blocked by a succession of dams as they flow through various systems, resulting in a trickle reaching the target victims.

There were calls also for governments and donor institutions to refocus their endeavours on swiftly and effectively assisting the return home of encamped victims of forced migration by rebuilding essential services, restitution of land and the provision of appropriate security.

Baroness Nicholson told the APPG meeting that AMAR, and the delegates who attended the conference, would continue to press on all recommendations and intended to meet again at Windsor Castle later this year to assess progress.

To read a summary of the conference, click HERE.