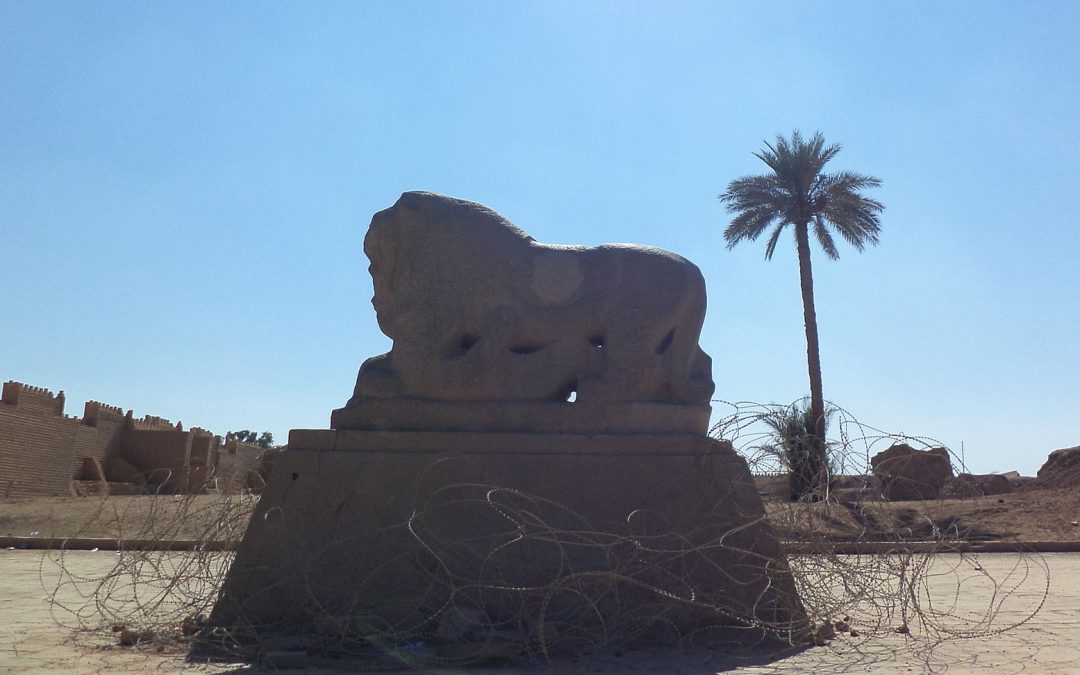 AMAR has today declared its support for the campaign to include the historic monuments of Babylon within the World Heritage List – a campaign which was launched by Iraqi governmental, academic and public authorities, as well as journalists and online youth activists.

Most famous for the ‘Hanging Gardens of Babylon’, one of the Seven Wonders of the Ancient World, the ancient city of Babylon is also home to the Ishtar Gate, the Tower of Babylon and Iraq’s national icon – the Lion of Babylon. The city also served as a centre of science and art, and was home to the Code of Hammurabi, a set of laws which became a basis for legislation governing conduct and justice.

Under Saddam Hussein, large parts of the city were rebuilt and brought into service as a political statement for the Ba’athist regime – a reconstruction which deeply angered many archaeologists, historians and ordinary Iraqis alike.

Thousands of Iraqis are now backing calls for Babylon to be included on the World Heritage List – with journalists and youth activists even launching the #WeAreBabylon social media campaign. If listed, the city will become a protected UNESCO World Heritage site, with all future restoration efforts legally required to be carried out in line with international standards.

AMAR’s Chairman and founder, Baroness Nicholson, today expressed her admiration for Iraq’s efforts to protect the monuments and ruins of great civiliations. She also voiced her desire to work with Iraqi institutions, universities, scientific institutes and specialist committees to help ensure the success of this campaign.

“Humanity is indebted to the civilisation of Mesopotamia,” she said. “It legislated the first laws and built the hanging gardens of Babylon. I hereby join, and support, the voices of this campaign and express my admiration for the officials, activists and journalists behind it.”

This is the second time in recent months that AMAR has backed campaigns to protect Iraq’s cultural and environmental heritage. Last summer, AMAR and Baroness Nicholson supported the successful campaign to recognise Iraq’s marshlands as a UNESCO World Heritage Site.