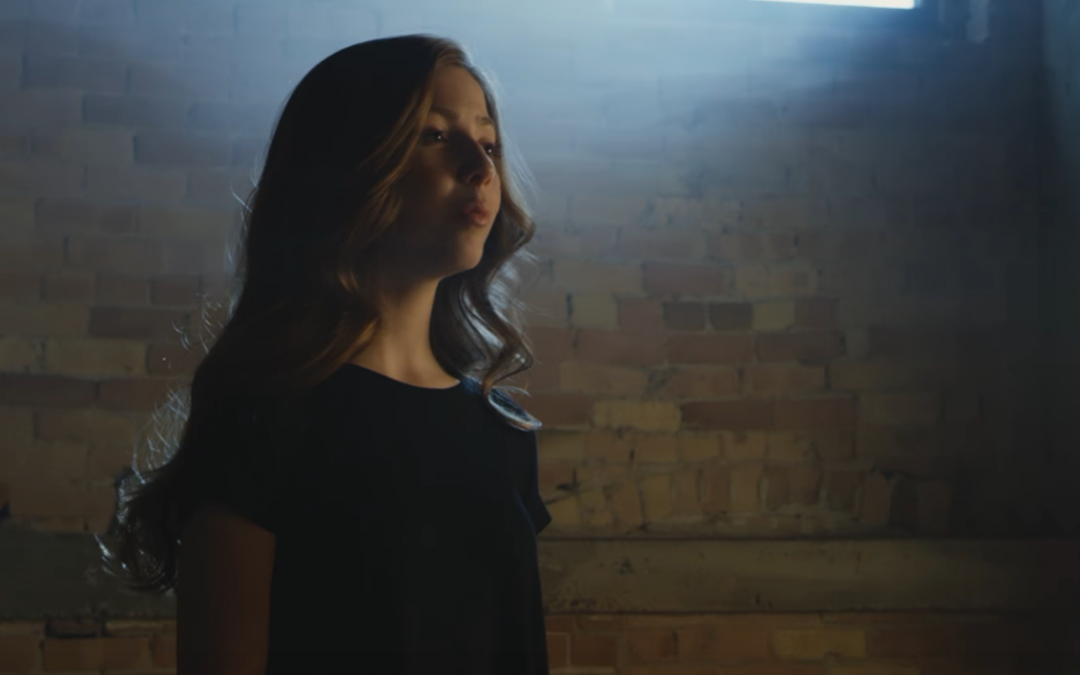 The amazingly talented Lexi Mae Walker, a breakout star from America’s Got Talent, has released her latest single, with all proceeds going directly towards AMAR’s work with displaced families in Iraq.

Lexi first rose to fame in 2014 when, aged just 11, her cover of Disney’s ‘Let It Go’ made her a Youtube viral sensation overnight. Since competing alongside the One Voice Children’s Choir in America’s Got Talent, the young singer has continued to captivate audiences with her mesmerising voice.

Shocked by continuing violence in Iraq and its impact on parents and their children attempting to escape its clutches, the Sony recording artist decided to use her incredible talent to help these families.

Teaming up with guitarist Brady Bills, Lexi recorded and released a hauntingly beautiful cover of ‘Blackbird’, one of the Beatles’ lesser known songs.

“Families in the Middle East have absolutely nothing,” says Lexi. “It only costs $3 to download the track. That’s less than a tall hot chocolate at Starbucks. It’s less than a bucket of popcorn at the movies. But $3 will give one person in Iraq access to medical care for an entire month. An entire month!”

“I really hope the song will inspire other young people to help make a change in this world. Please join me, get involved and download this song to make a difference for people who really, really need our help.”

“There are around 60 million refugees in the world right now,” added Bills. “I don’t have much money, but I can play guitar a bit so I decided to record a song and release it will all proceeds going to the AMAR Foundation, who help refugees in the Middle East in their home country.”