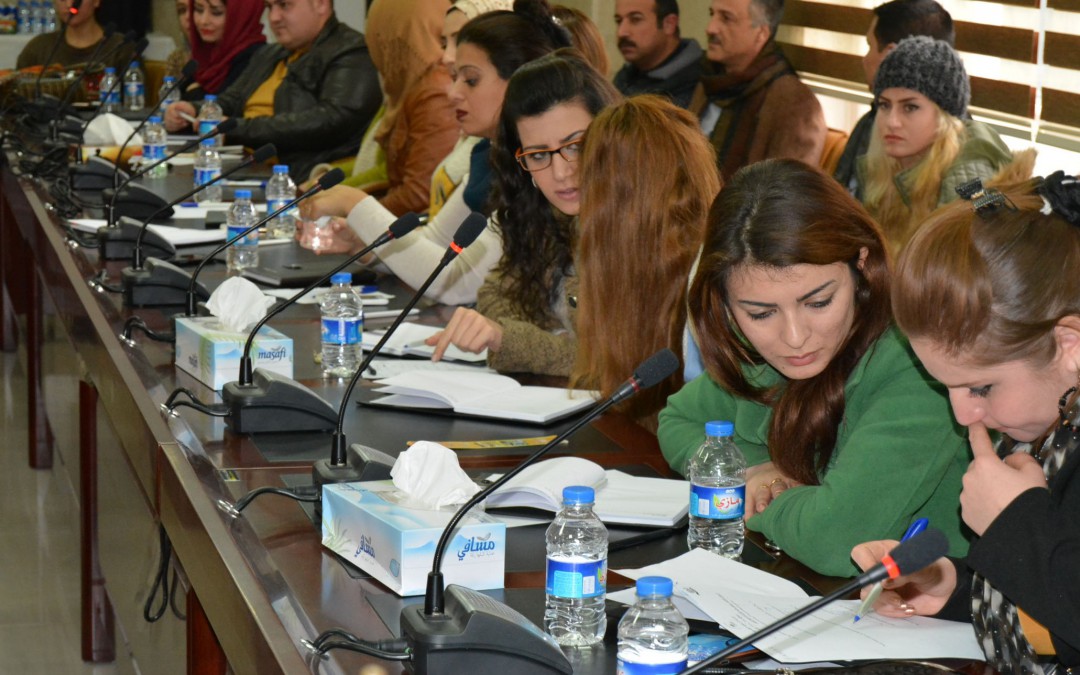 Thousands of Iraqis are suffering from complex conflict-related trauma, and rates of Depression, Anxiety and Post Traumatic Stress Disorder (PTSD) are dangerously high.

With only 17 psychiatrists operating within the North of the country – only four of whom are qualified to work with children and adolescents – there is an urgent need to develop the region’s mental health care capabilities and train health workers to better assist those affected by Daesh violence.

Now, thanks to the incredible support AMAR’s ‘Escaping Darkness’ Campaign has received, work is underway to strengthen the region’s mental health care infrastructure.

Under the guidance of Dr Ayad Nouri, Iraq’s Director of Mental Health, and with support from Dr Nezar Ismet, Head of the Dohuk Directorate of Health, course participants received intensive training in the fundamentals of mental health care.

Following a thorough introduction, the group focussed on the impact of long-term conflict upon mental health – with particular attention paid to the experiences of women and children.

Participants learned how to spot common symptoms of Depression, Anxiety and PTSD amongst refugees and the internally displaced (IDPs), as well as the principles of Psychological First Aid.

Following the provision of several doctors’ testimonies on working with victims of Daesh, skills were put into practice and participants engaged in mock one-on-one counselling sessions.

“Our first training session was a huge success,” said AMAR’s Regional Manager in Iraq, Dr Ali Muthanna. “When the group first met, some of the participants knew very little about emergency mental health work and its importance – something which is unsurprising given that mental health in Iraq has suffered from decades of neglect. By the end of the course, however, they had become truly invested in the critical importance of addressing mental health issues.”